BACK TO ALL ARTWORKS
048 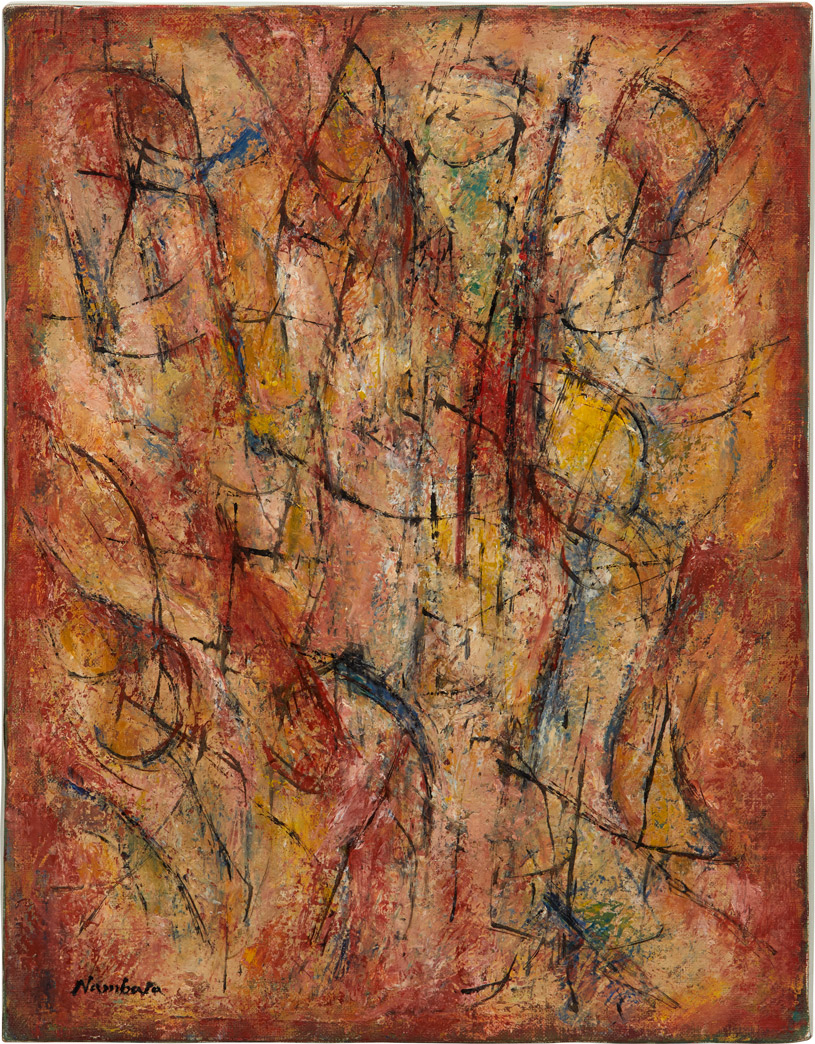 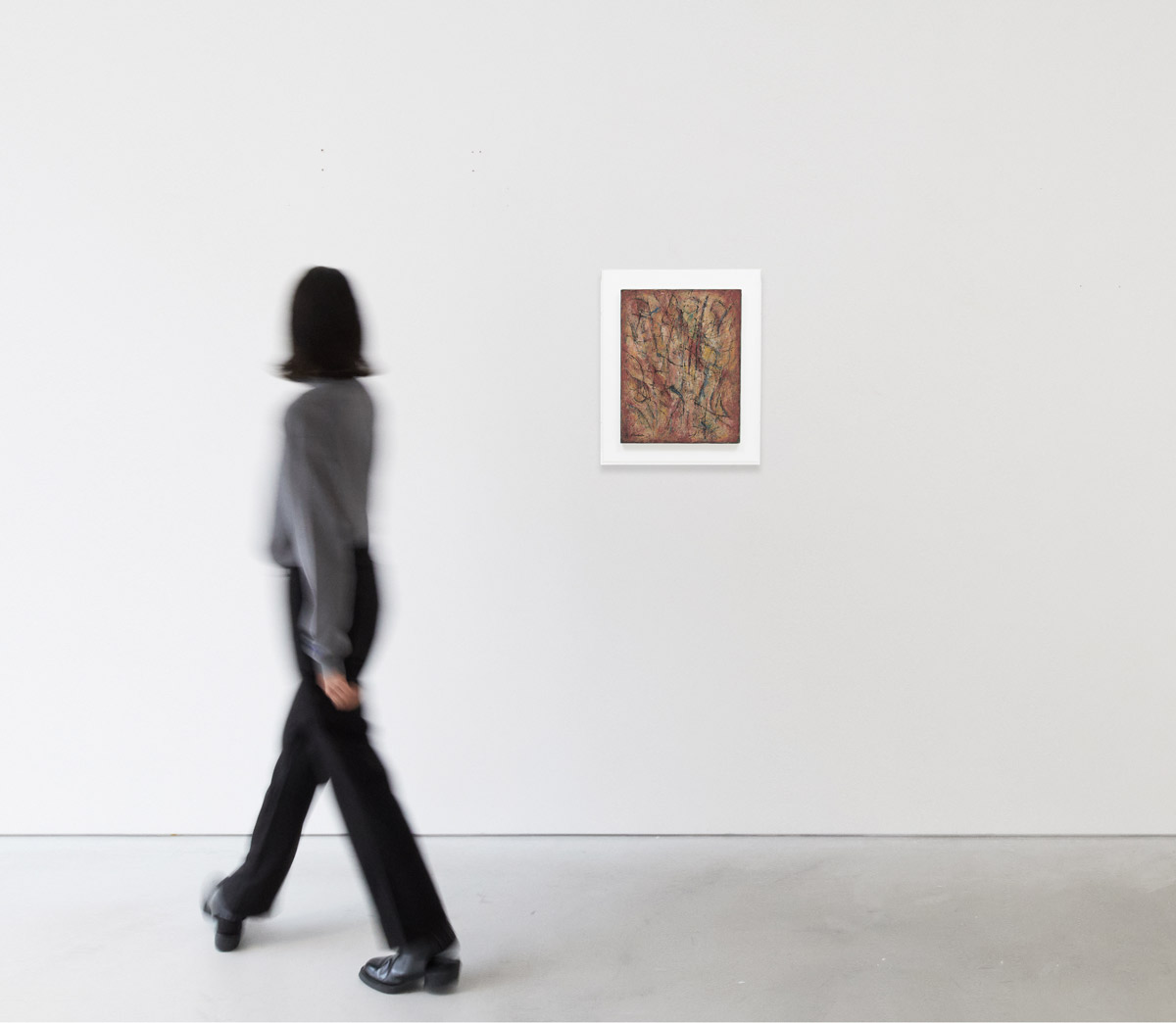 signed, signed again, titled and dated on the verso

Nambata Tatsuoki (1905 - 1997) met the artist Takamura Kotaro in the 1920s, who taught and inspired him to pursue painting. Interested in literature and philosophy at a young age, Nambata was inspired by the art of ancient Greece and produced figurative paintings and other works incorporating motifs from its sculptures and other sources until the prewar period. After the war, he gradually strengthened abstracting his paintings in the early 1950s, and by the mid-1950s he developed his own style of lyrical abstract paintings with autonomous compositions of line and color. Throughout his career of more than 70 years, Nambata continued to pursue the possibilities of abstract expression in dialogue with his own inner self. In 1996, Nambata was honored as a Person of Cultural Merit, and after his death, a retrospective exhibition was held at the Tokyo Opera City Art Gallery in 2005 to commemorate the 100th anniversary of his birth.

This work, ‘Red Poem‘ (1969), was created at the peak of Nambata's career when he viewed abstract painting as an act. The interplay of powerful yet warm colors, mainly red with blue, yellow, and green, and the melodic layers of lines are filled with poetic sentiment.

He says, "Abstract art is a way of recovering the power of imagination and fantasy of human beings. It opens the human mind, which is attached only to the visible reality, to the wider, invisible world.
(Nambata Tatsuoki, ‘From Ancient to Modern‘, Zokeisha, 1970, p.19)