BACK TO ALL ARTWORKS
007 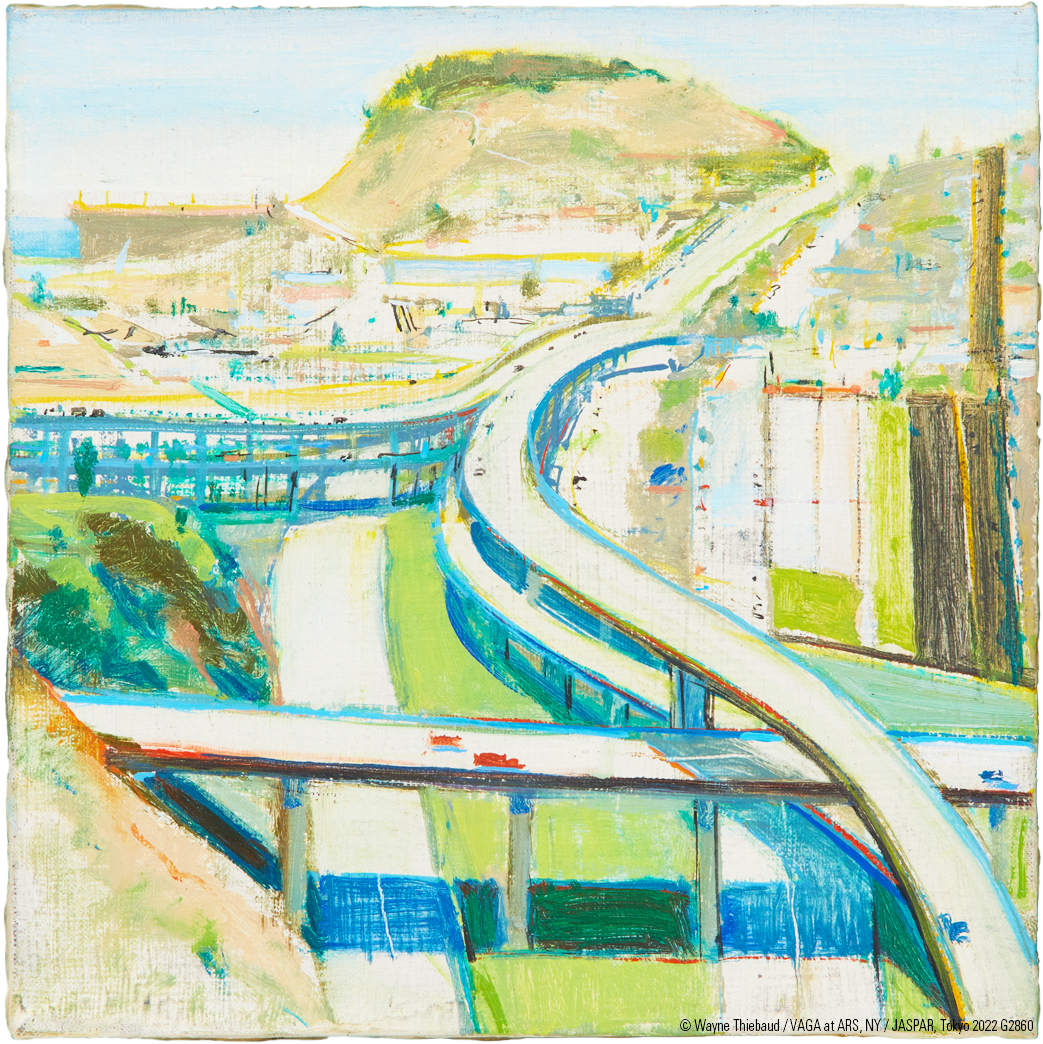 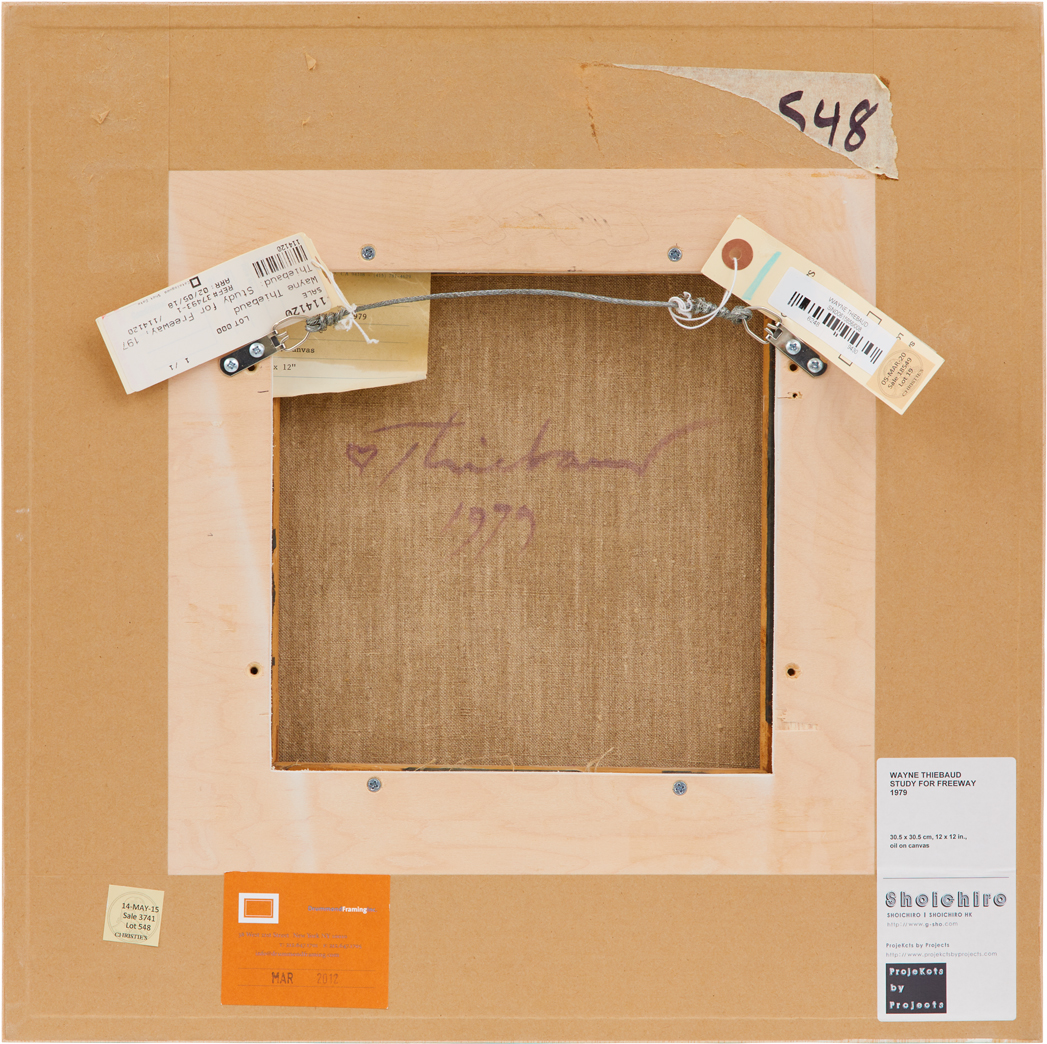 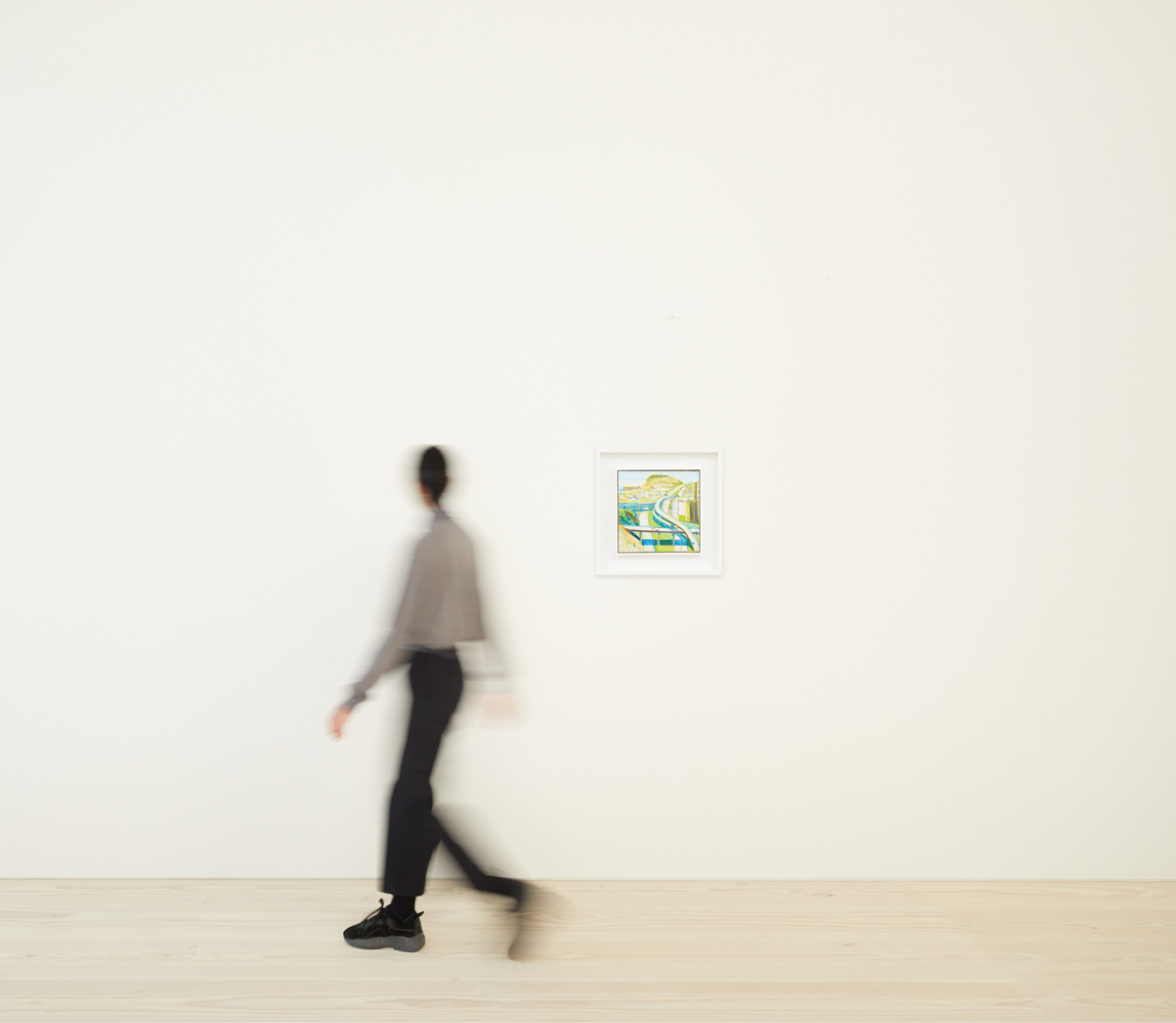 Good condition.
There is a faint crack in the upper right corner.
Signed and dated on the verso.

Wayne Thiebaud (1920 - 2021) was a leading American painter known for his still life paintings of everyday objects and urban cityscapes.
Thiebaud began his career as an illustrator and cartoonist at the Walt Disney Studios, but moved towards art in the 1950s, and became close friends with artists such as Willem de Kooning and Franz Kline, and was greatly influenced by the work of Jasper Johns and Robert Rauschenberg. In 1962, Thiebaud gained international recognition after he participated in the groundbreaking ‘New Painting of Common Objects’ exhibition at the Pasadena Art Museum, considered to be one of the first Pop Art exhibitions in the United States. Though the Smithsonian American Art Museum affirmed that Thiebaud “became one of America’s most celebrated Pop artists” (Joann Moser), he preferred to describe himself as a ‘classical painter’, striving for a sense of the real in the everyday. His relaxed lines and warm colors have captivated many admirers, and his work is in the collections of major American museums including the Smithsonian American Art Museum, the Art Institute of Chicago, and the San Francisco Museum of Modern Art.
Spending most of his life on the West Coast of America, Thiebaud would use the cityscape as a subject for several of his most important works. The majestic arc of the freeway winding through the graceful curves of the rolling San Francisco hills depicted in this work are reminiscent of the contours and crescent shapes found in his other works such as ‘Cake’ (1963), ‘Pie, Pie, Pie’ (1961), and ‘Lipstick’ (1964). Whilst the light and shadows of the freeway meandering through the dizzying countryside evoke a sense of warmth, nostalgia and simultaneous ambivalence.