BACK TO ALL ARTWORKS
006 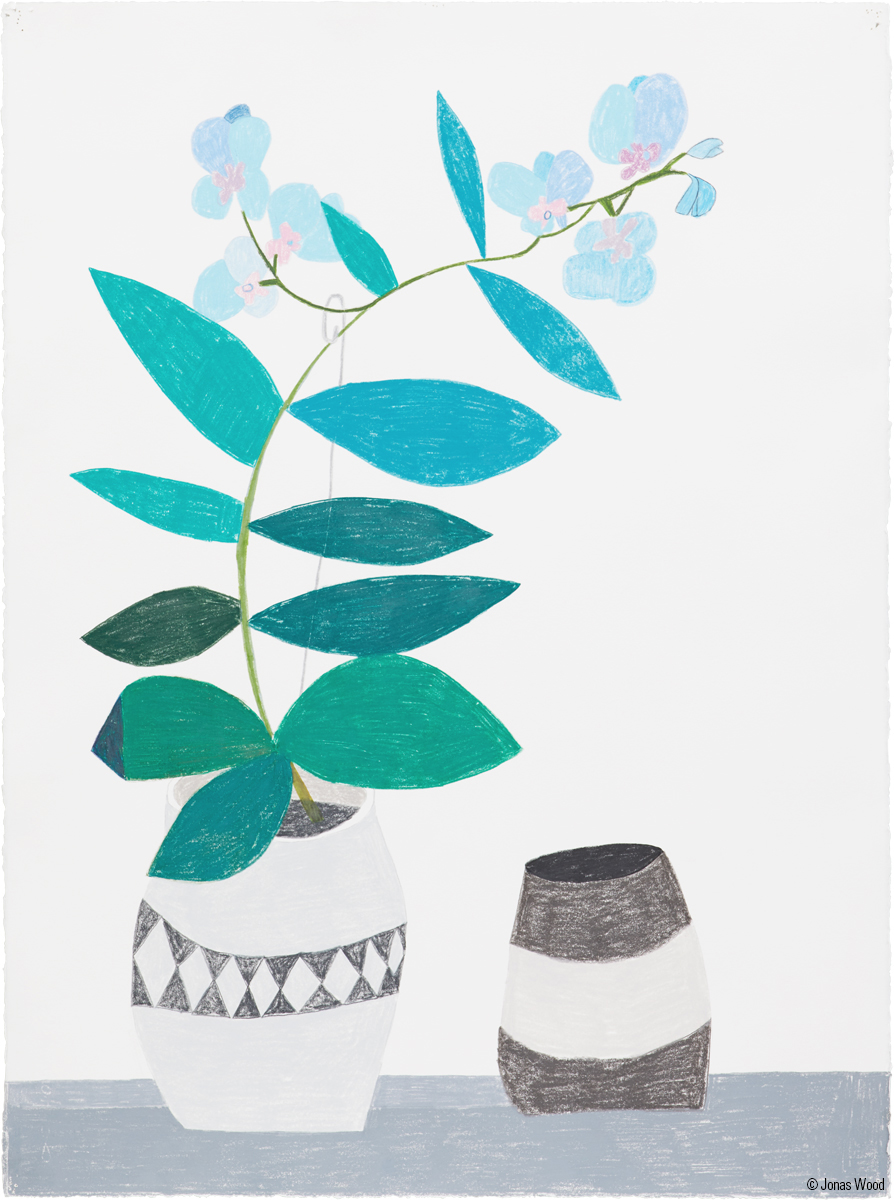 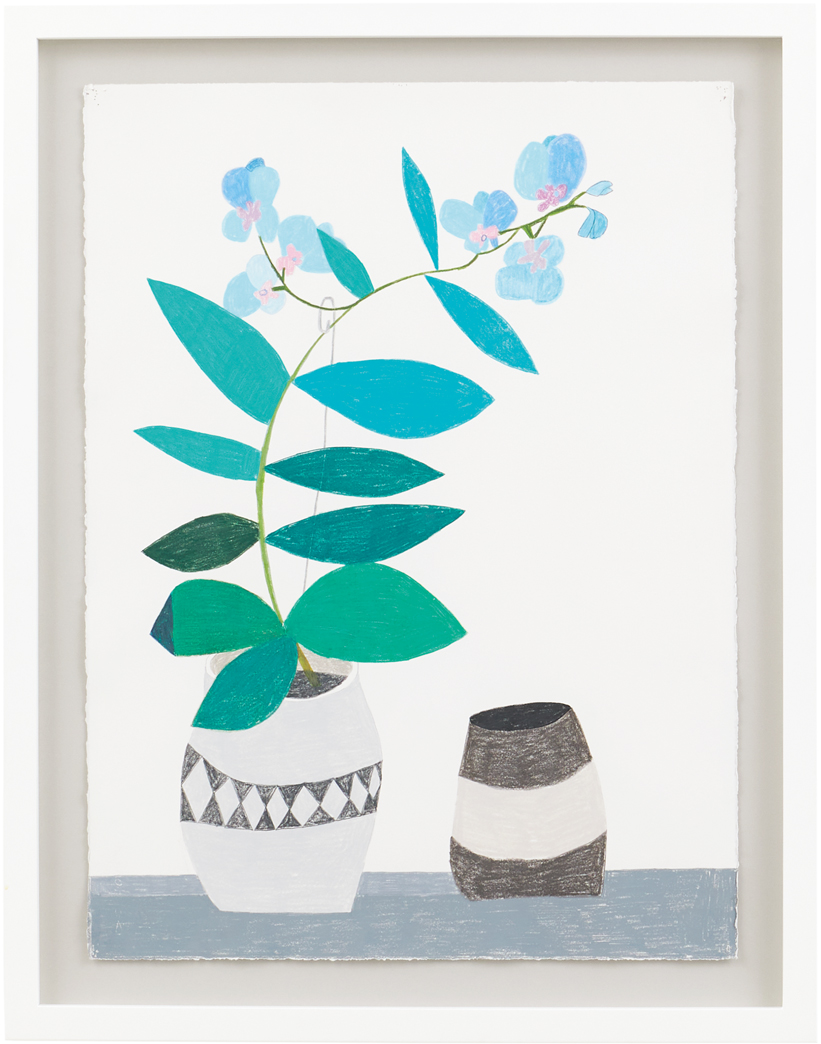 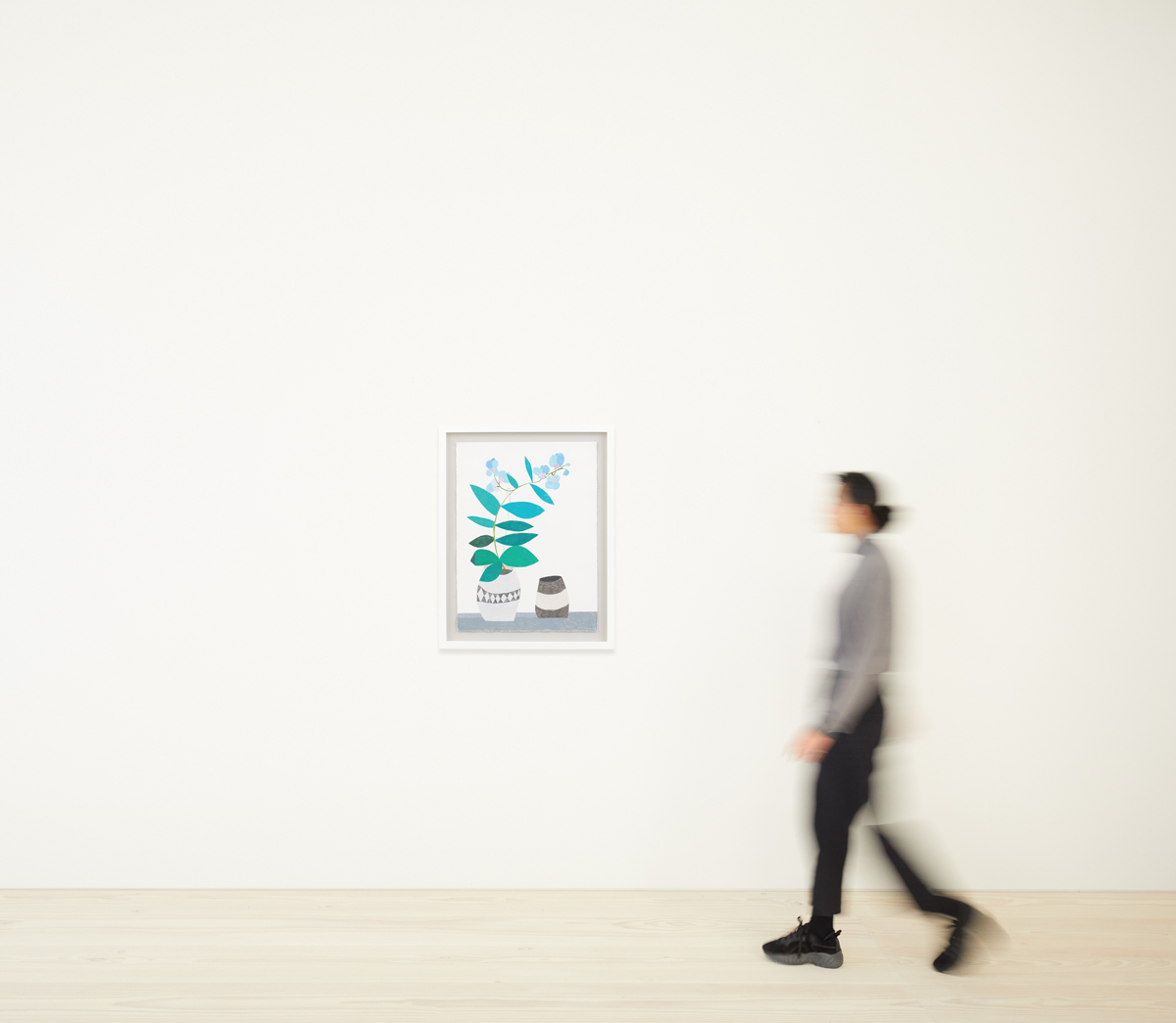 Good condition.
There is a roughly 1 mm pinhole on each corner and upper part, which are thought to be an original condition of the artwork.
Signed and dated on the lower right and titled on the lower left of the verso.

Known for his still life and landscape paintings, Jonas Wood (b. 1977) uses everyday motifs such as plants, interiors and exterior views of landscapes from windows to create his bold colors and unique compositions, that have made him popular in Europe and the United States.
His characteristically colorful style and elusive compositions follow in the vein of Fauvism and Cubism, with Wood citing the work of Henri Matisse and David Hockney as particular influences on his work. The complex and often jarring compositions may be due in part to his creative process that involves creating collages from reference materials such as photographs, drawings and everyday objects.
In an interview conducted during his solo exhibition at the Hammer Museum in 2010, he stated that for his paintings of flowers and vases, he would use sketches made whilst on vacation and the work of ceramic sculptor and partner, Shio Kusaka, with whom he often collaborates. With Kusaka’s ceramics frequently appearing in Wood’s paintings, it is highly possible that the vase depicted in this work is also originally by Kusaka. The Phalaenopsis Orchid that forms the motif of this work is a plant that has been cultivated for ornamental purposes due to its vivid and exotic flowers. Blue orchids are particularly rare, with the practice of dyeing flowers being the norm until the development of natural varieties in recent years. This work on paper, with its choice of motif, balance and wonderful use of color is a typical display of the elements that shape Jonas Wood's singular style.