BACK TO ALL ARTWORKS
077 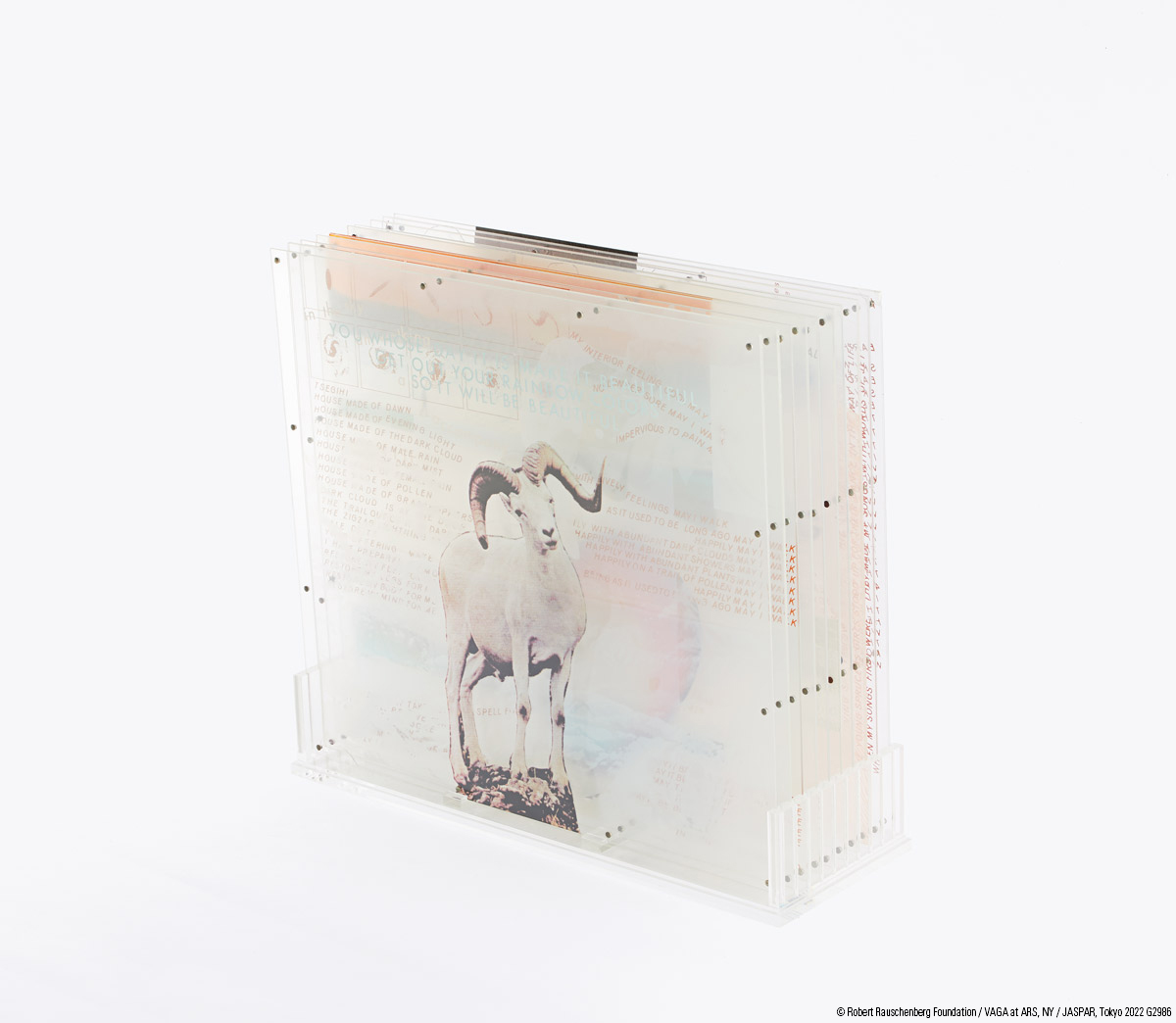 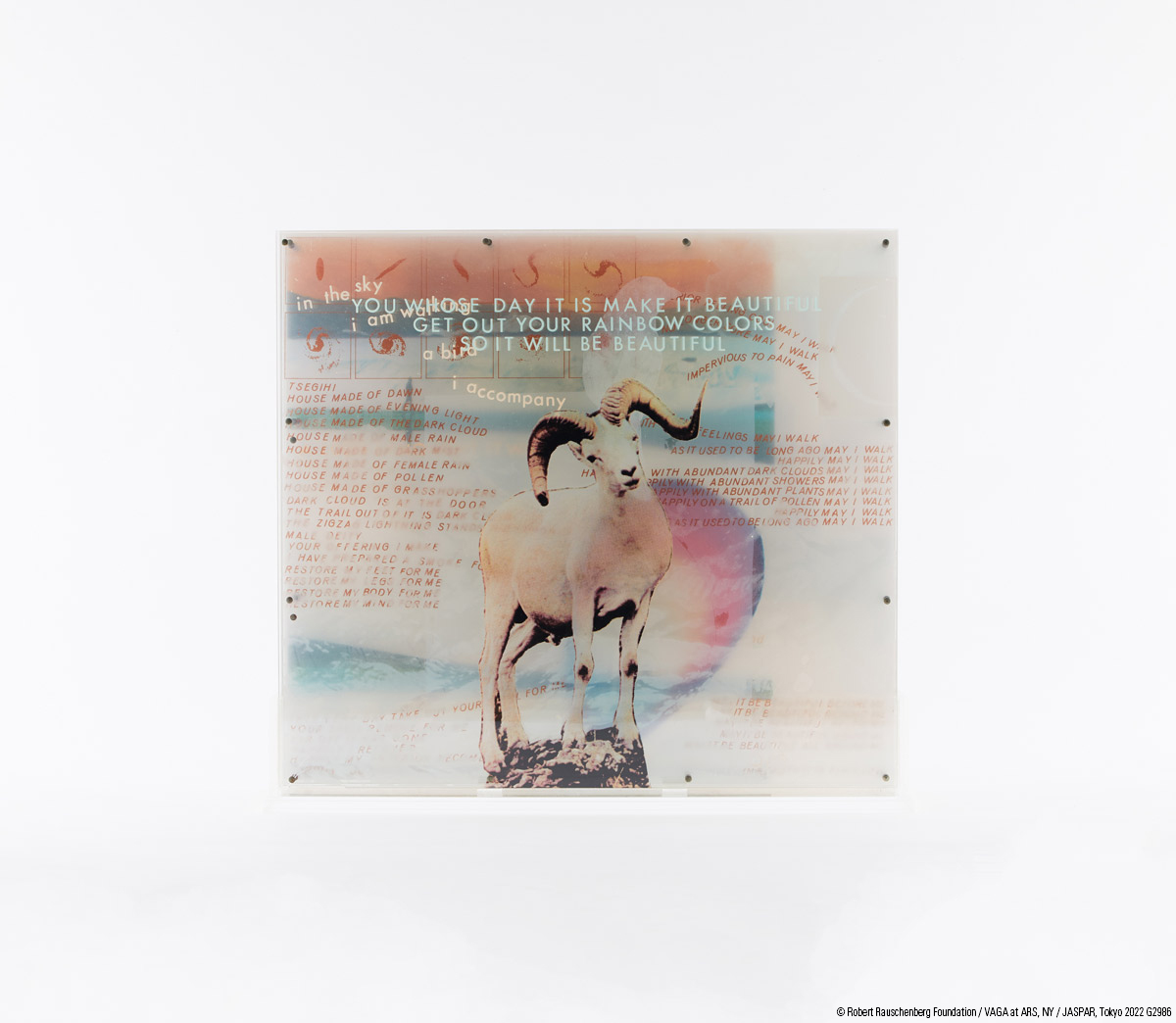 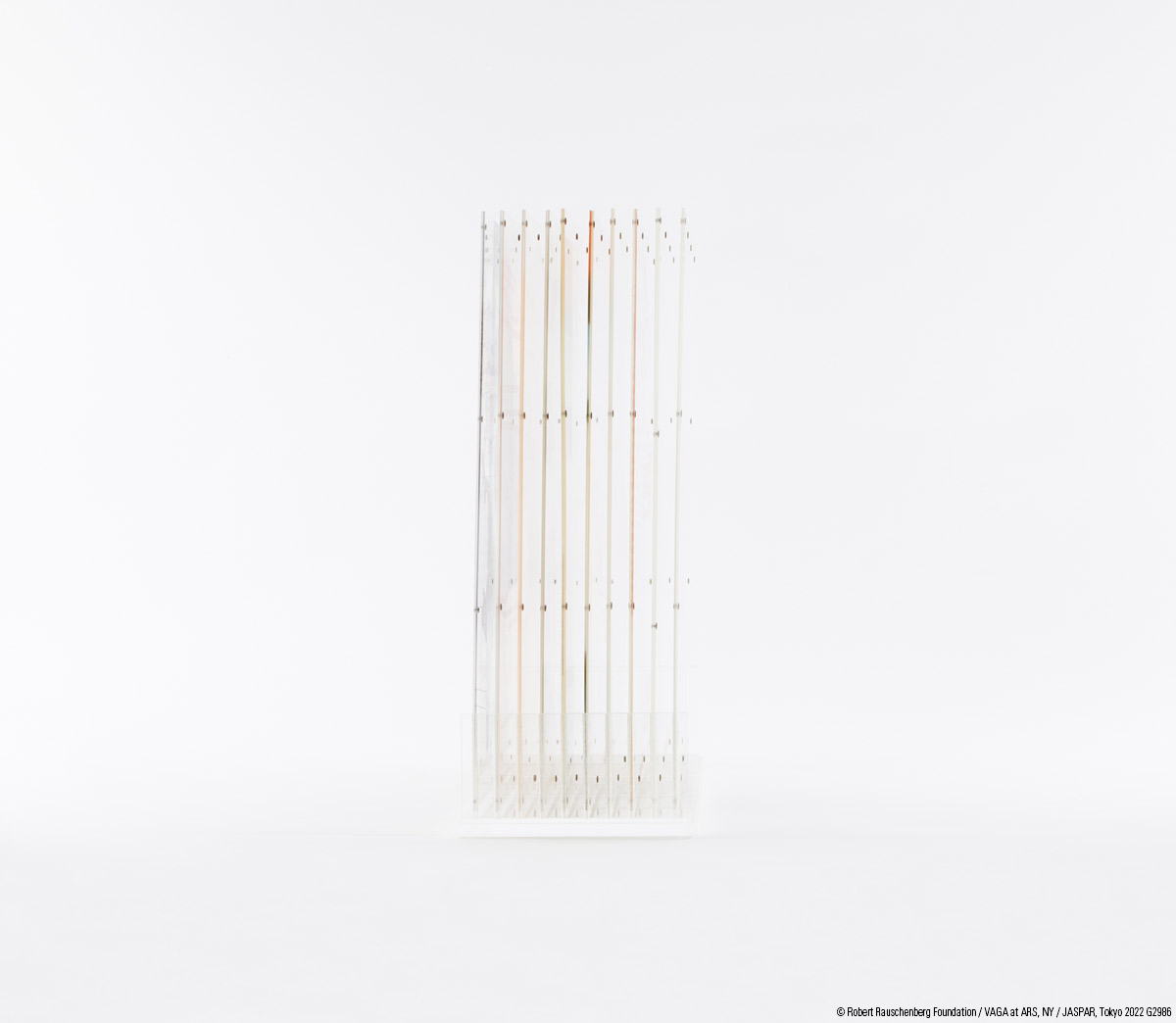 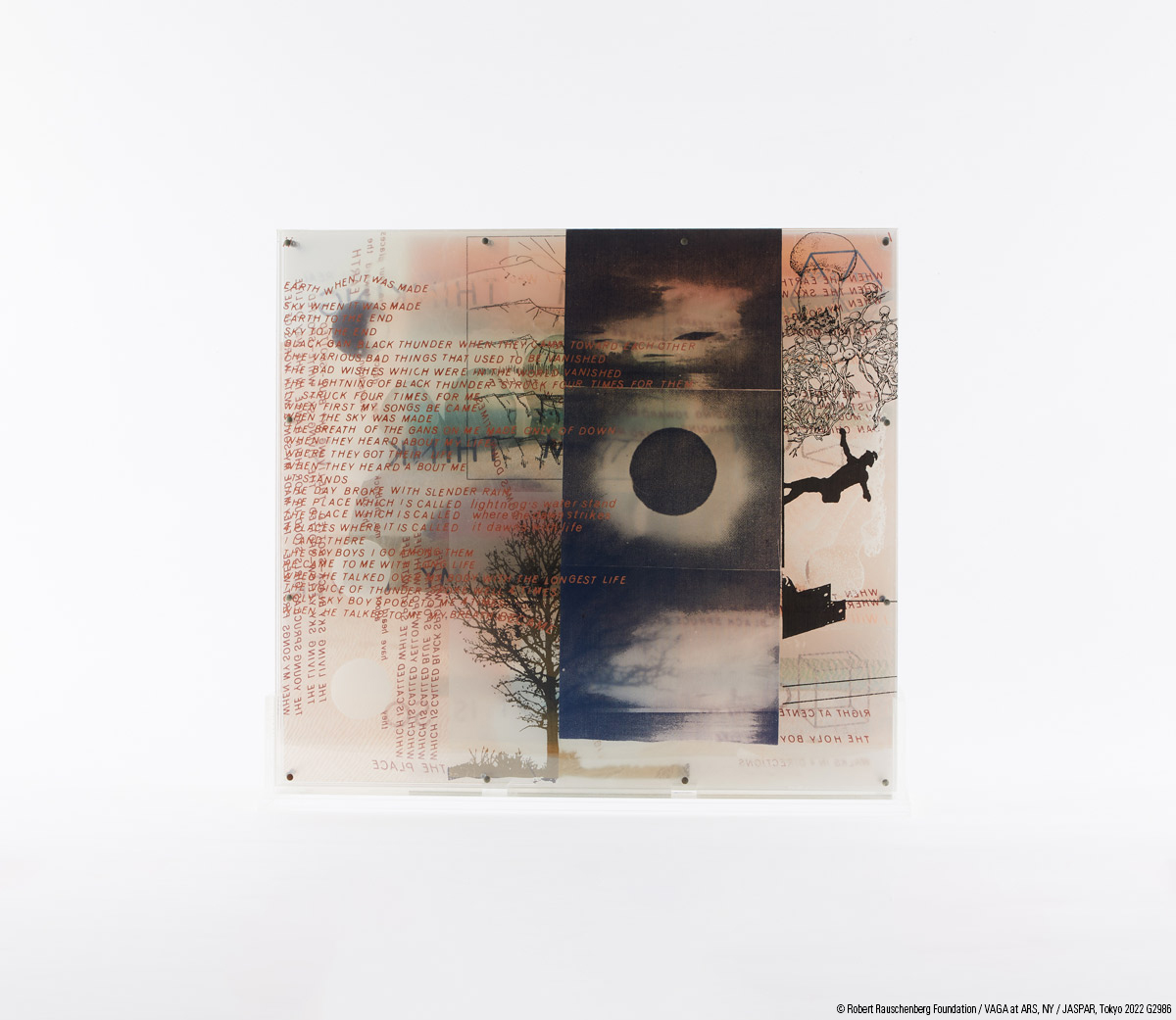 incised signature, date and number on each acrylic panel and the case

Robert Rauschenberg (1925 - 2008), along with Jasper Johns, was one of the leading artists of the ‘Neo-Dada' art movement in the U.S. Rauschenberg is best known for his radical, three-dimensional works known as ‘Combines (1954-1964),’ composed of mundane objects such as scrap wood, sheet metal, newspapers, tires, and umbrellas, and his ‘Silkscreen Paintings (1962 -1964),’ that collage silkscreen printed images of his own photographs and found images from various media with paint. In 1964, Rauschenberg became the first American to win the Golden Lion at the Venice Biennale, and over the course of a career spanning more than 60 years, he worked in a wide range of media, including painting, sculpture, printmaking, photography, and performance.

This work, ‘Opal Gospel’, from 1971 is a three-dimensional book of Native American stories, songs, poems, and images printed on ten transparent acrylic panels and arranged on a base. An amalgamation of his ‘Combines’ and ‘Silkscreen Paintings’, this multiple work encourages the viewer to remove, read and rearrange the various pages to form their own unique combinations. As a quarter Cherokee, the subject matter and artistic expression of Rauschenberg’s work can therefore be seen as a powerful reflection of his heritage and upbringing. 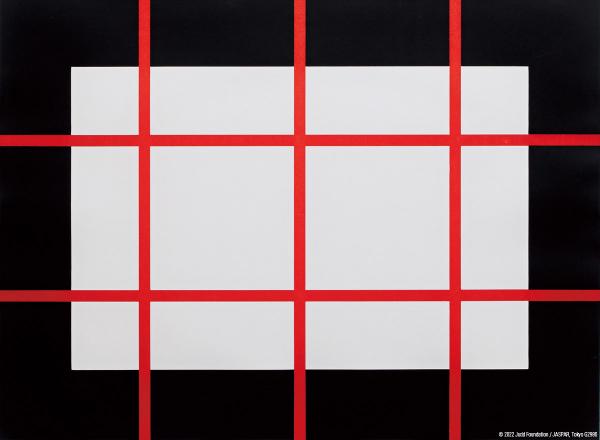