BACK TO ALL ARTWORKS
081 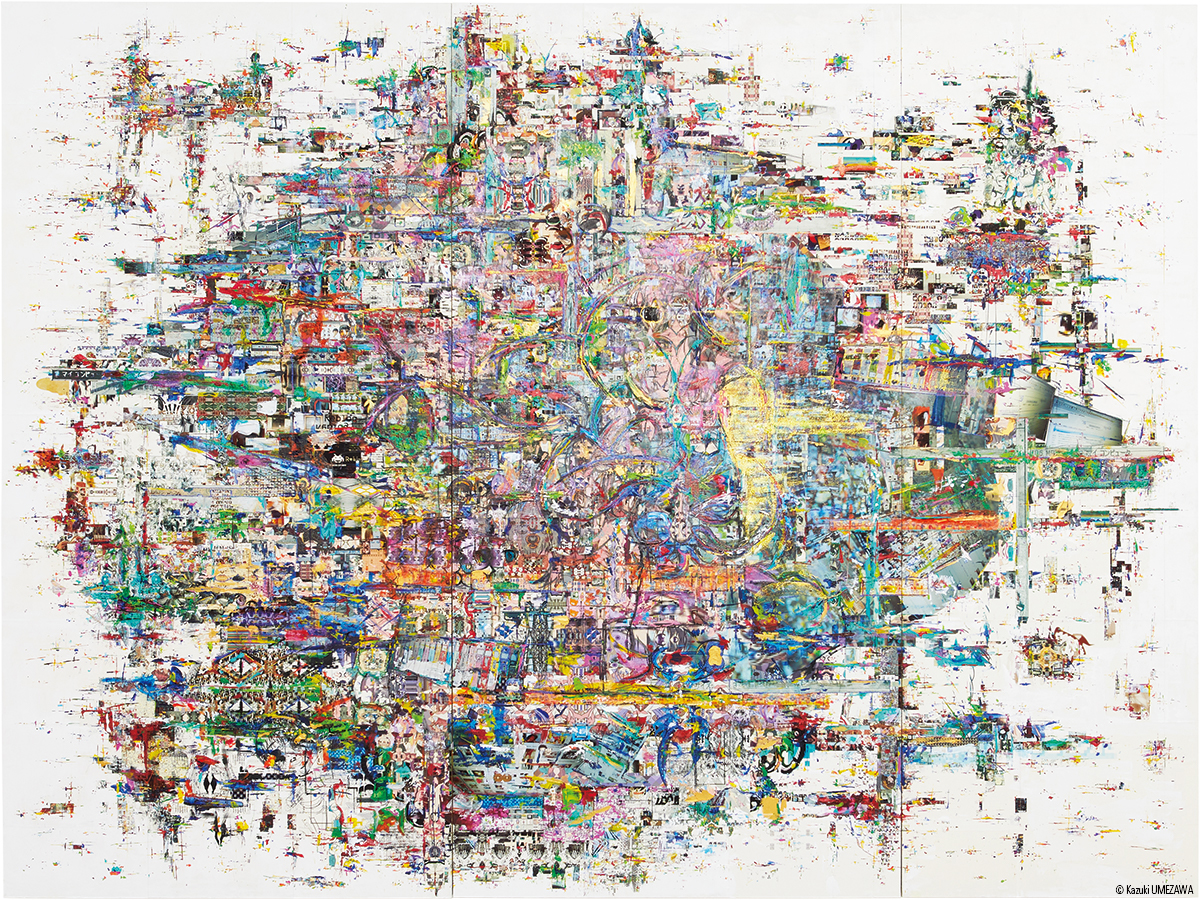 signed, dated and titled with drawing on the verso, signed and dated on the certificate

Certificate of Authenticity by CASHI Inc.

Umezawa Kazuki (born in 1985) learned the basics of oil painting, sculpture, ceramics, and Japanese painting while still in high school, and went on to study film at Musashino Art University's Department of Imaging Arts and Sciences. He is also known as a former member of ‘Chaos*Lounge’, a contemporary art collective led by the artist Fujiki Uso. Whilst in university, Umezawa began creating bricolage works, tracing characters from games and anime that had influenced him, scouring the internet for countless images, and incorporating them into his works in an entirely unique way. For Umezawa, this process of creation further increases the affinity between himself and the images, however, the act of cutting also removes the material from its original context. By disconnecting the images from their original material, he transforms them into pure pictorial expression, combining images and paint on a single surface to deconstruct and reconstruct the boundaries between virtual and reality. Since the 2011 Great East Japan Earthquake, Umezawa has shifted his focus from a character-based style to creating works that incorporate real-life landscapes. This work, ‘Neo Exdeath’, was created a year after his graduation from university and it is possible to see how this early work, with its overwhelming density and unique view of the world, has shaped and influenced his most recent works. Umezawa continues to reinterpret existing images and his own memories to create works that blur the boundaries between analog and digital, reality and fiction.