BACK TO ALL ARTWORKS
069 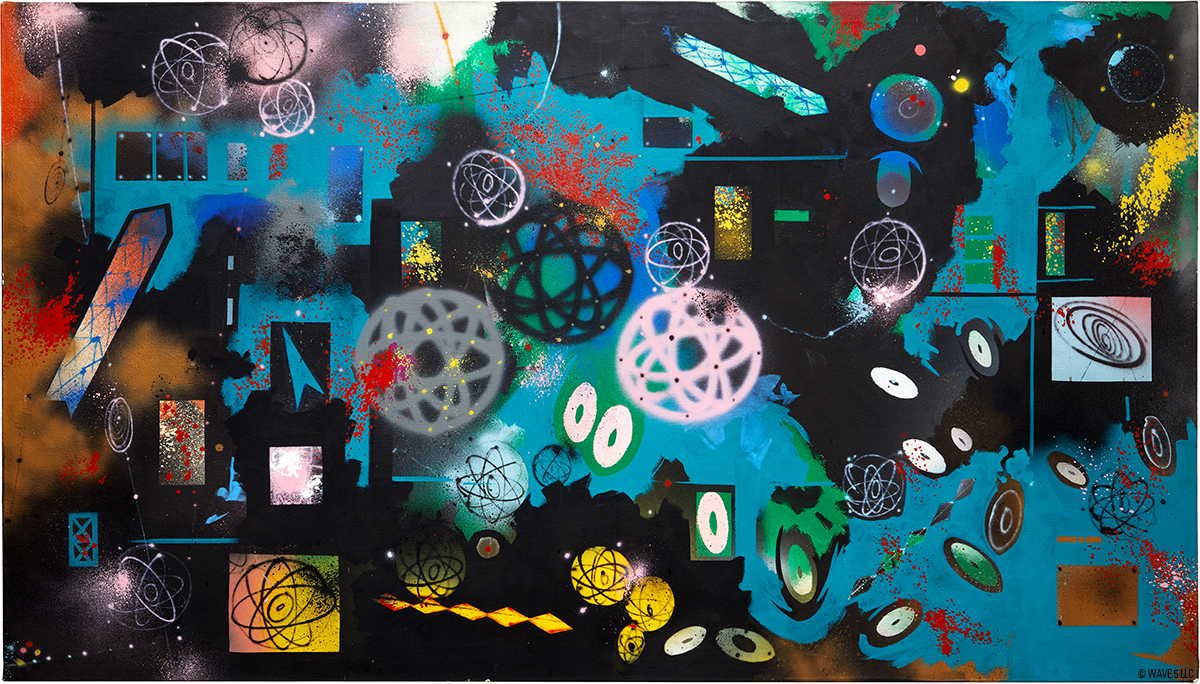 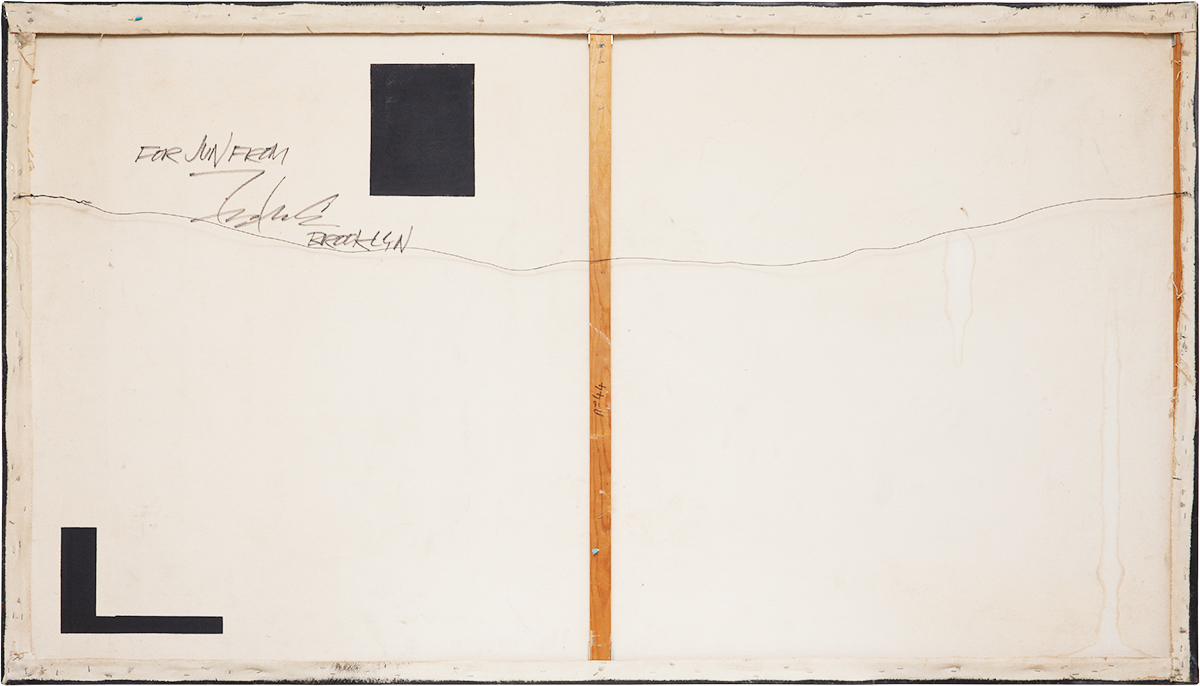 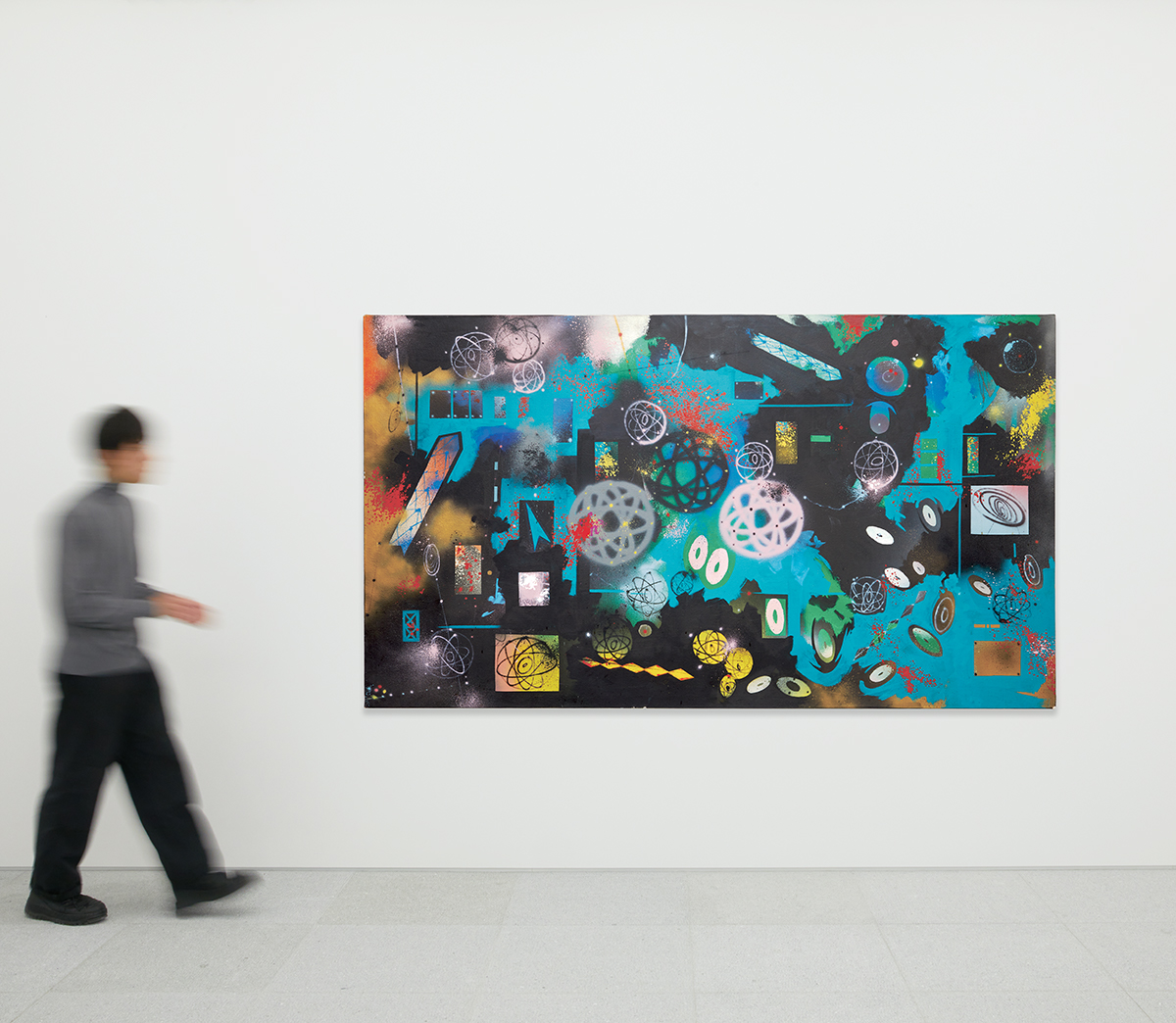 acrylic and spray paint on canvas

Good condition. There are a few faint scuff marks, peeling, and minor marks in each corner of the work and along the margins due to the age of the work. Signed and dedicated.

A turning point in the contemporary art scene brought about by the sublimation of underground culture from the 1970’s.

In recent years, Leonard Hilton McGurr, also known as Futura 2000, has been described as a legend and a pioneer of street art culture. Though he was spray painting subway cars in the 1970’s and has been actively working as a graffiti artist since then, it is his uniquely expressive creativity and abstract style that has set him apart from his contemporaries and earned him superlative-laden praise. Compared to other styles of graffiti that were often based on lettering and specific motifs, Futura 2000’s abstract drawings were seen as a pure and powerful expression of the artist’s individual identity. Due to this recognition, as well as the changing perception of underground graffiti culture, which up until that point had been seen as an exclusively illegal activity, the contemporary art scene began to recognize a deeper meaning in his personal and expressive style, and have started to acknowledge graffiti as a facet of Pop Art. When discussing Futura 2000’s work, it is also important to consider the cultural context from which he emerged. In particular, the widespread influence of the counterculture movement of the 1960’s, and the influence of Zen culture and meditation, which paired with the inescapable impact of Theosophy and abstract art from prominent artists such as Wassily Kandinsky, make for an interesting point of comparison. In the 1980’s, Futura 2000 then went on to establish himself as an artist, exhibiting alongside figures such as Keith Haring, Jean-Michel Basquiat, Kenny Scharf, and more, whilst simultaneously working as an illustrator and graphic designer.
The large-scale canvas work shown here was produced during this critical period of his artistic development. Stylistically, it can be considered a rare piece from within his oeuvre, and is pleasantly psychedelic with its exquisite brushstrokes and unique spray markings, as well as a repeating ‘Atoms’ symbol, a signature motif within Futura 2000’s work. Aside from his impressive artworks, his extraneous projects have earned him a reputation as an artist who has helped elevate street art within the cultural hierarchy. In the 1990's, he defied convention by developing a collaborative style that allowed him to explore shared themes with fellow graffiti writers and leading figures from contemporary culture. He has also successfully ventured into the fields of fashion and design, starting with the launch of his own original brand, as well as teaming up with various other brands such as Bape, Supreme, Undercover, NIKE, TREK, and Hennessey. His enthusiasm for creation on all levels has nurtured an environment that encourages innovation, respect, and diversity whilst promoting the creative industry from his own unique perspective. Currently based in his studio, Futura Laboratories, Futura 2000 continues to broaden his artistic horizons and warrants close attention in both the contemporary art scene and the commercial market.