BACK TO ALL ARTWORKS
013 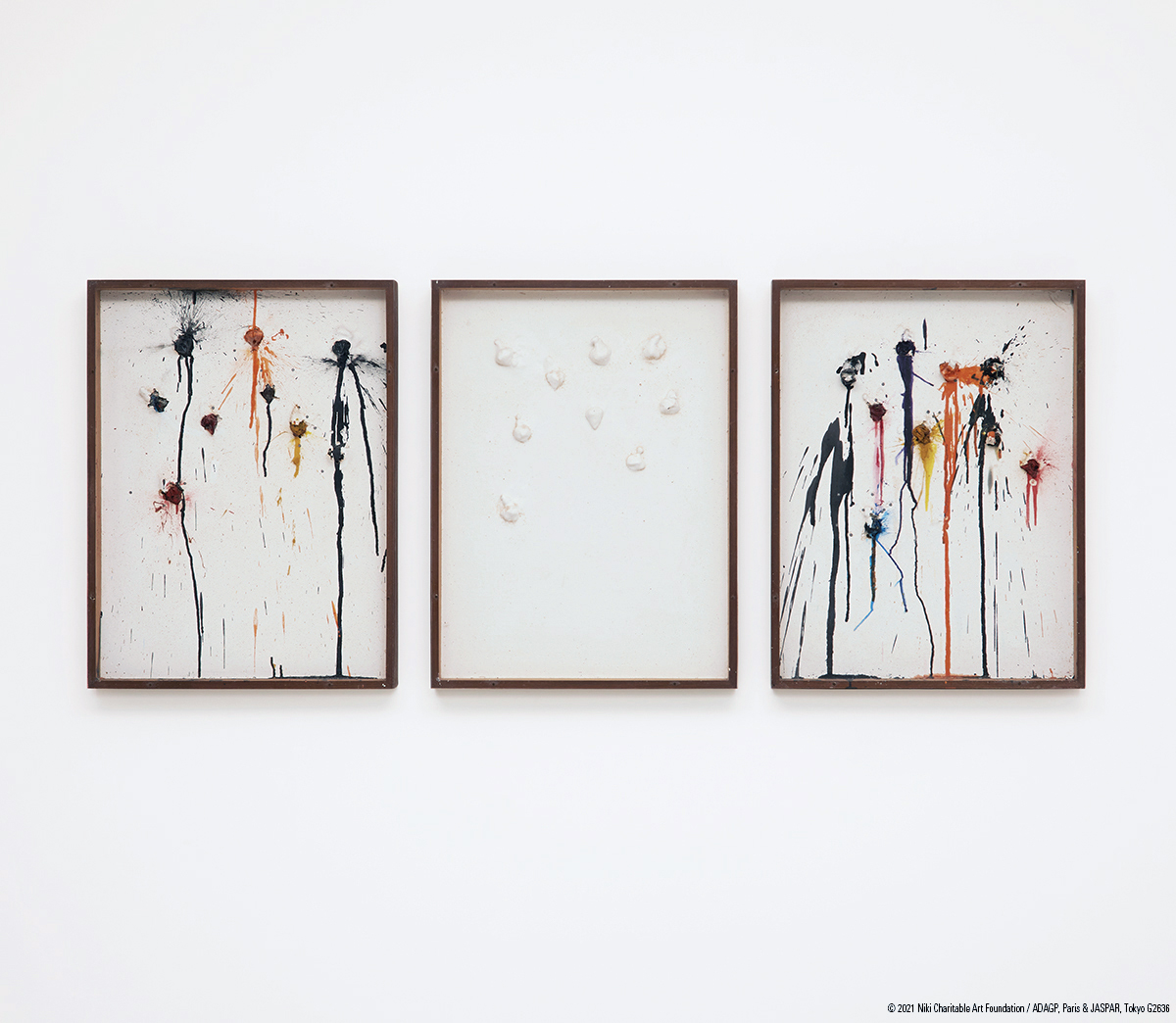 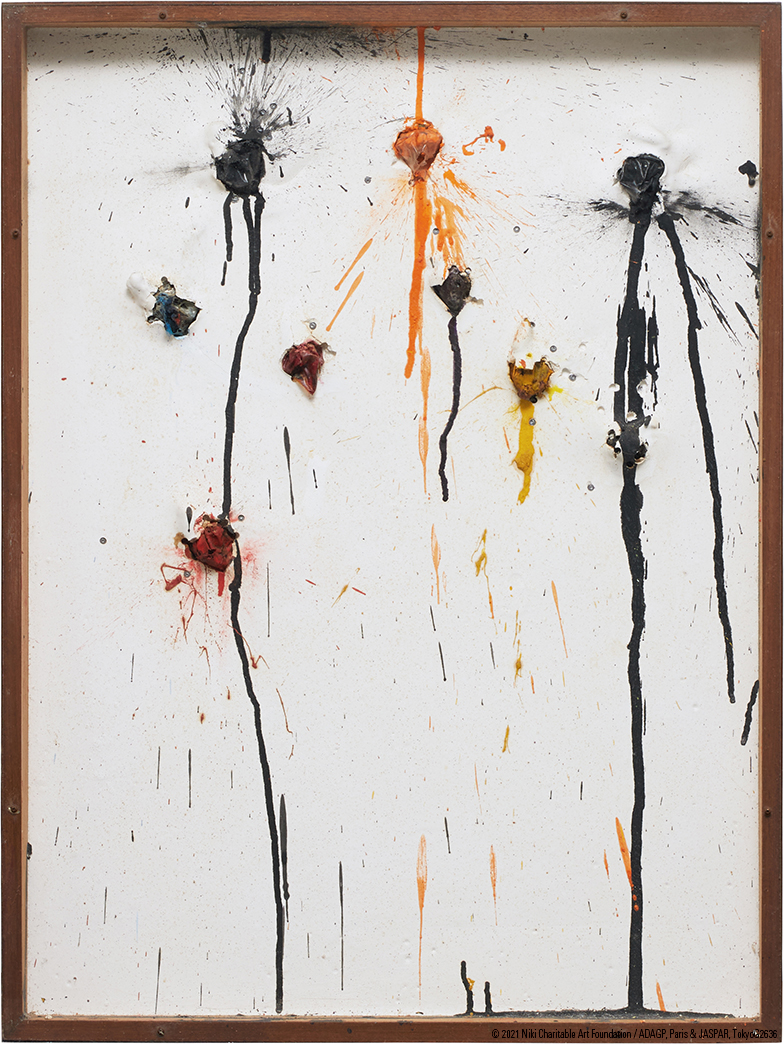 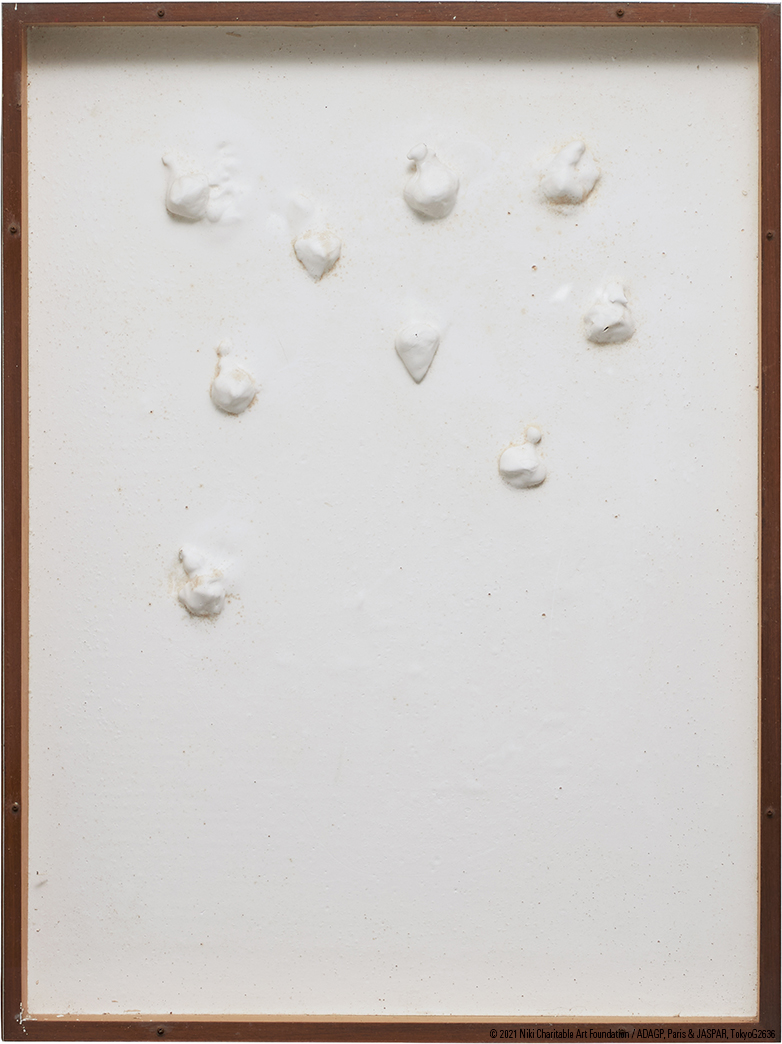 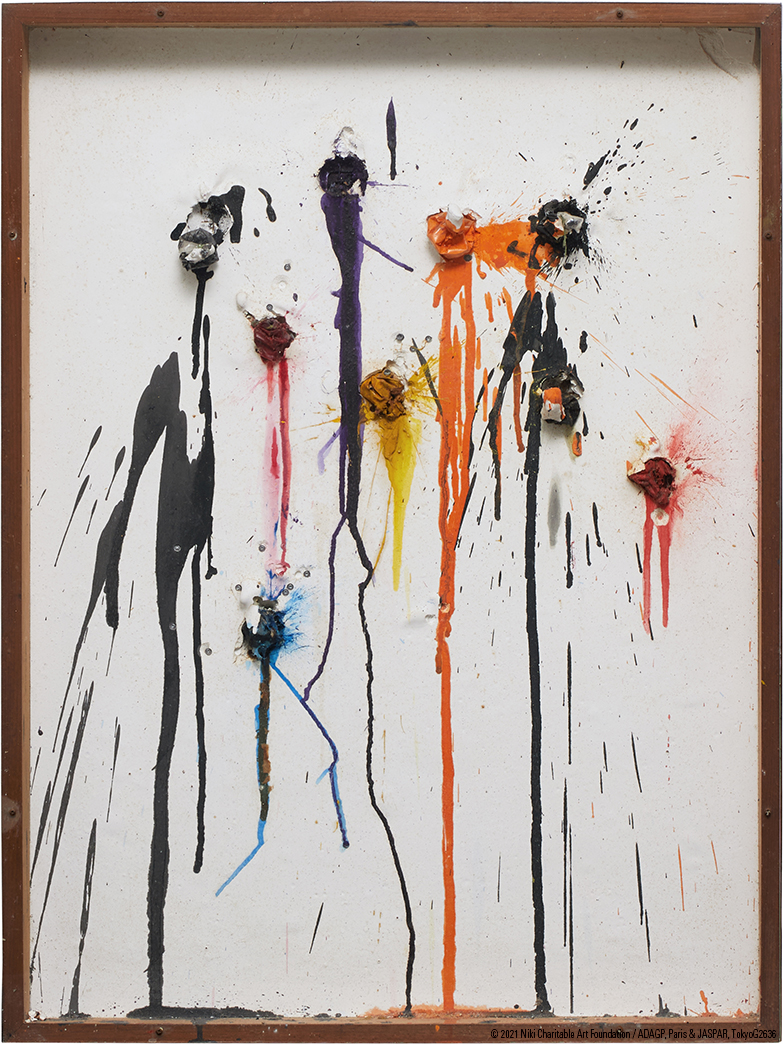 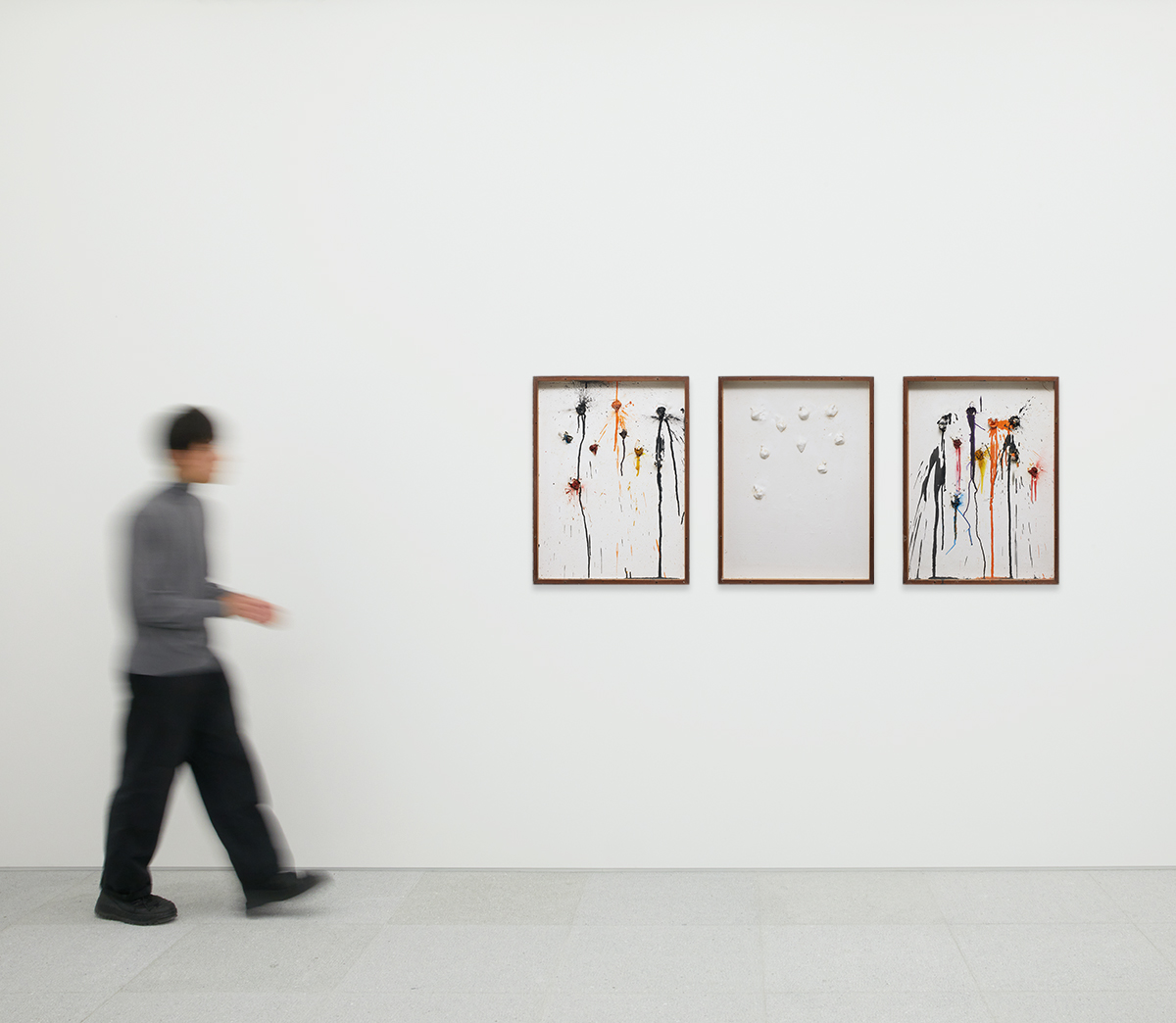 paint and plaster on wood, 3 works

signed and numbered on the label on the verso (each)

Niki de Saint Phalle (1930 - 2002) was a French artist who, in 1953, was struggling with her mental health and was admitted to a hospital in Nice, where she began participating in ‘art therapy’ as part of her treatment. This practice of self-expression was both liberating and influential on her later artistic thinking, and is reflected in her early works, such as her Shooting Paintings series. The series drew wide-spread attention and was highly documented due to the unusual artistic process whereby abstract paintings were created, not with a brush, but with a rifle, and the extraordinary combination of a woman and violent firearm generated great publicity.
In the late 1950’s and 1960’s, the Swiss-Romanian artist Daniel Spoerri recruited leading artists of the time to create transformable artworks as multiples, the edition MAT (Multiplication d’Art Transformable). This work was published in 1964 by edition MAT, in an edition of 100. The title of the work Tir, French for ‘shoot’, refers to the method of production wherein panels of plasterboard embedded with paint are shot with a rifle, splattering the coloured paints between the panels and completing the artwork through the act of destruction. At first glance, the work appears to be a pure white canvas, but is transformed through the act of shooting, with each edition undergoing a separate process of change to each become a unique work of art.